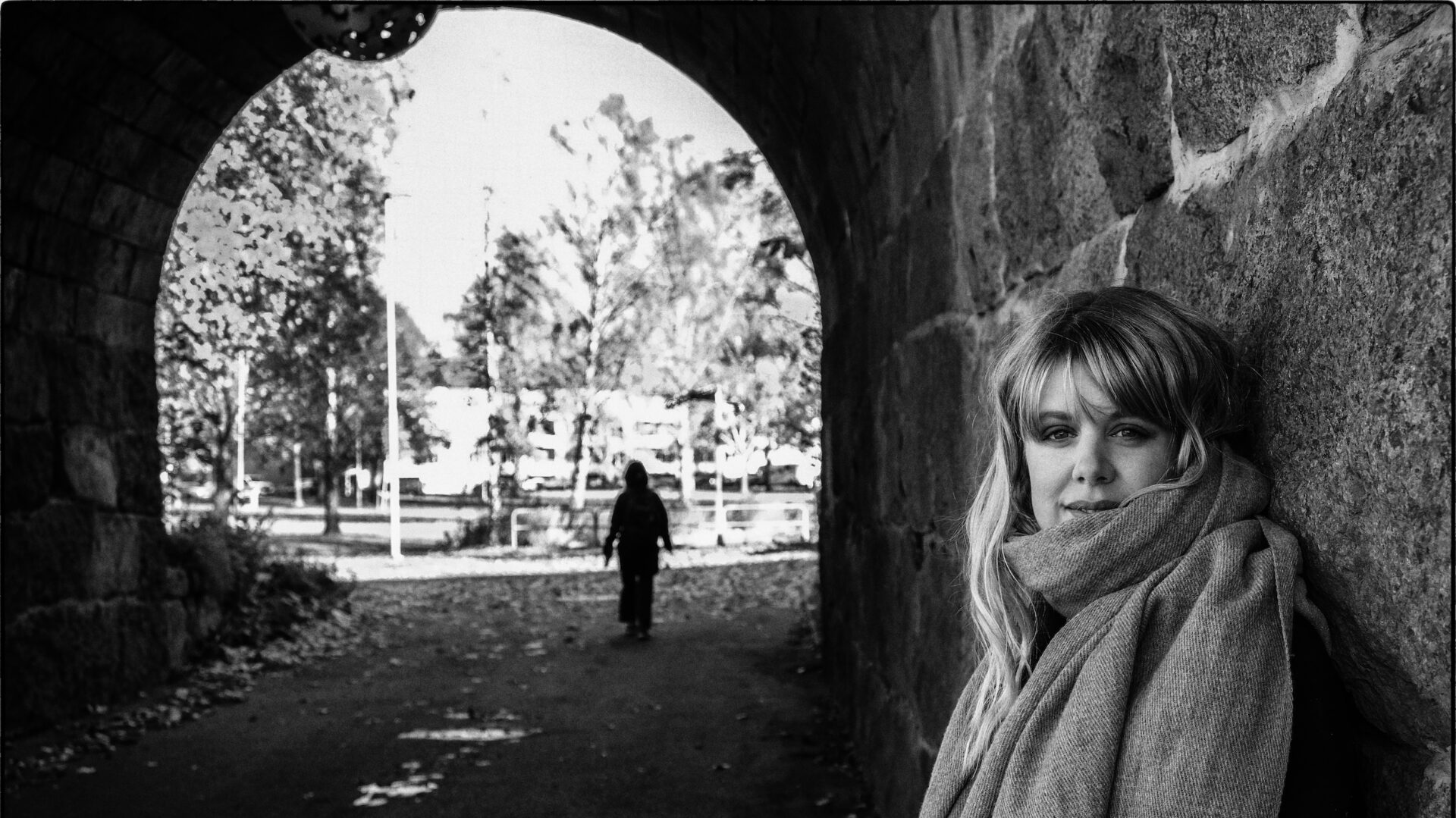 Frida grew up in Jönköping, the city in Sweden with the lowest number of women in leading positions and who is characterized by it’s churches and strong men. The city has shaped the author and also fuel her to shape the main character. Criminal commissioner Lisa Engström is a young woman who does not need to fit in and who carries a dark past.

From the start, Frida decided to publish the book herself in order to gain control over launch and marketing and to be sure that many would have the opportunity to take part in the crime. Together with the childhood friend and PR manager Ida Severin, they have managed to get great medial attention in both social and traditional media. The first book, ”Som nitroglycerin” was released in April 2018 and sold over 3000 copies on Frida’s own label in just over six months.

The second book in the series, ”Drakar lyfter i motvind”, was released in October 2019 and the third book, ”Napalm” about the police officer is released the 25 of March 2021.